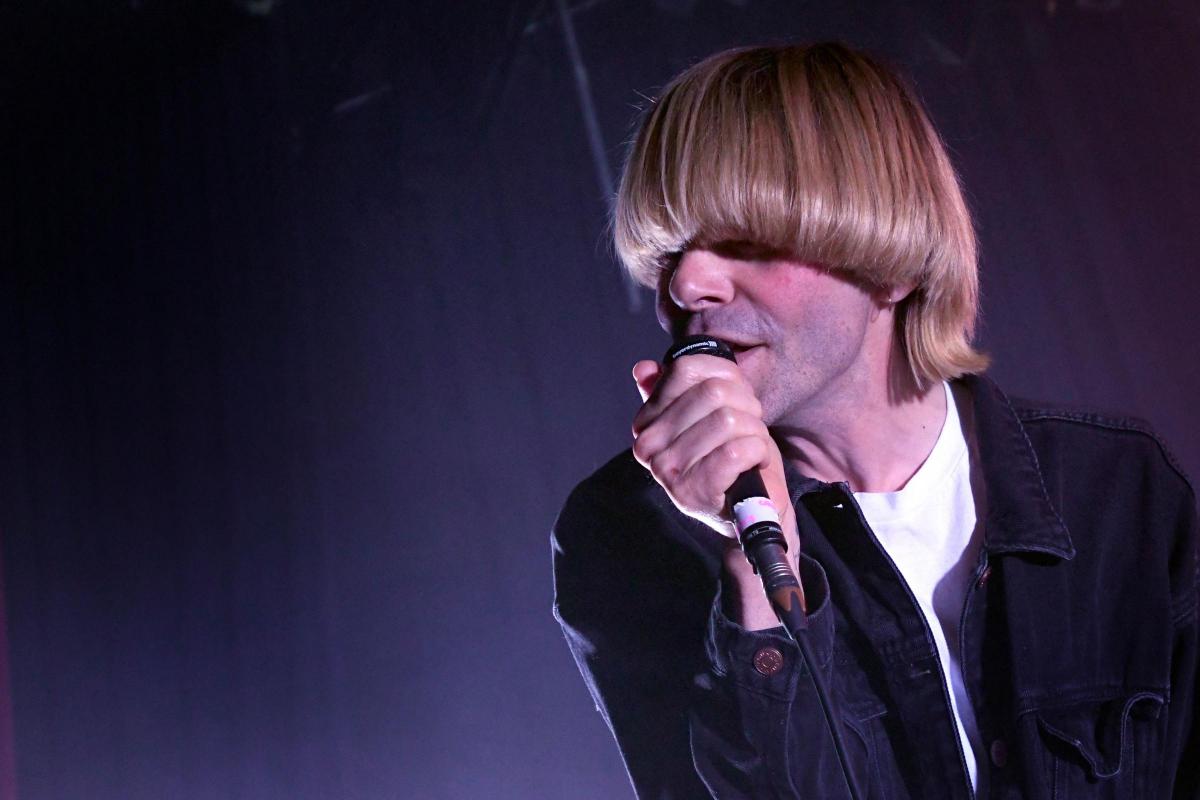 Ever thought of going for a swim after a gig? Well we certainly hadn’t until we arrived at the Northwich Memorial court to livestream The Charlatans at their homecoming 5-day festival ‘North by Northwich’.

Yes, we’re not joking – the venue was in fact a leisure centre with a hidden gem of an events space adjoined. Before this beautiful new build, it was once the site of the bands original rehearsed studio back in the late 80s and early 90s so it had a strong sentimental connection with everyone.

We setup our control room up in the venue’s gallery which was great but a little tricky with the layout. However, due to the compact and modular nature of the Jackinabox units it all fitted quite nicely. 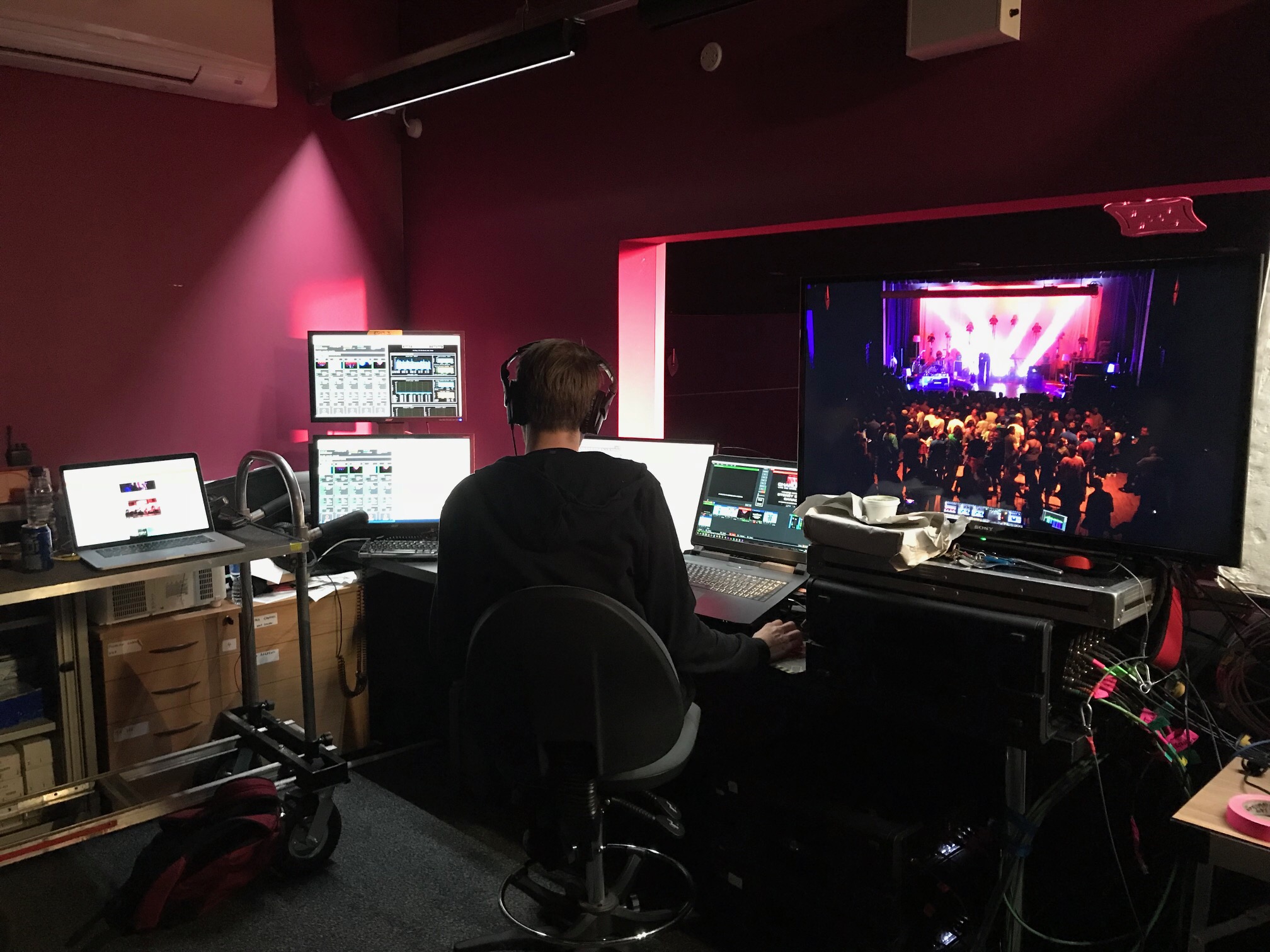 We must admit that the we did have to construct a makeshift sound-proof room for our audio engineer at the other end of the control room but we were prepared for this. It might not have been…pretty, but worked really well.

We managed to keep all our cabling within the existing ramps for light and sound so the rig wasn’t too bad. The cable route from the audio stagebox was 75m so we ran a cat5 digital multicore which really helped as we could drop the thin cable in the same traps as everything else.

Knowing this was being streamed live to cinemas all over the world as well as 5000 pay per view ticket holders, there was a lot of pressure to maintain a solid stream. To guarantee this and fit within budget we created a combination of failover networks. We arranged the primary uplink with the venues IT supplier (20mb/s) along with multiple bonded 4G connections, outside the building. 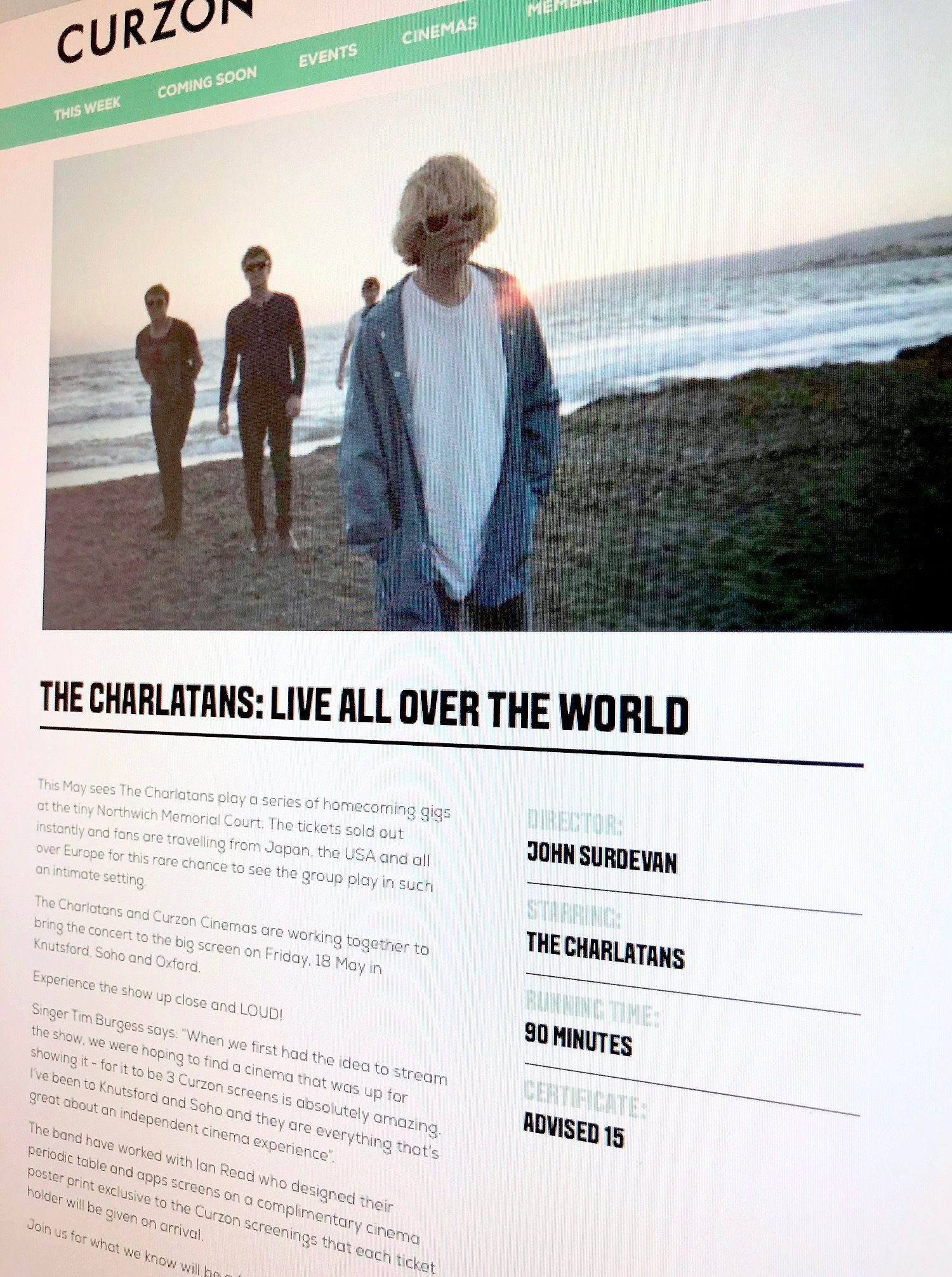 The celebratory festival aimed to include as many fans from across the globe as possible whilst generating extra income and it was very successful with fans watching from as far away as Tokyo, Finland and America.

With fans connecting directly with the band and each other, all at the same time, around the world, it accelerated the interactions and hype of the event and in turn became a powerful marketing tool in its own right. 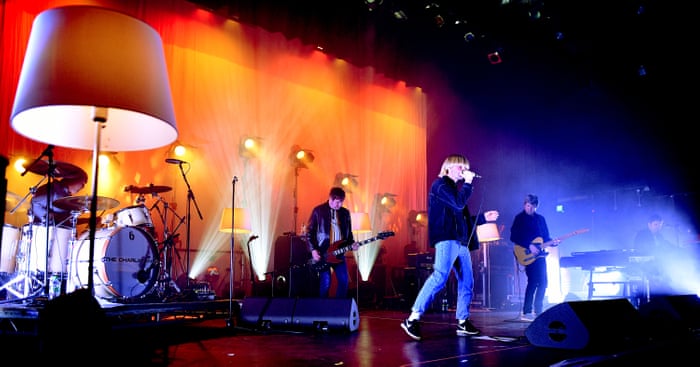 The ticketing system might not have been the most exciting part of the project but keeping it safe, secure and easy to use for both label/management and the fans was crucial. Our CDN platform with a paypal gateway was perfect for this type of event.

The reach of the stream blew us away. With people watching from Tokyo to Glasgow, it really was a global affair! Our streaming engineer made the most of this, building the geolocation of viewers into the credits, allowing the audience to see their own city feature in the stream itself.

With huge support from the band, easily visible on frontman Tim Burgess’ Twitter, fans at the venue and others watching streams in a variety of locations, the gig was a huge success for all involved and was something we at Jackinabox were hugely proud to be a part of. From ‘One to Another’, thanks.